Lessons from the Ahl al-Bayt: A Welcoming Masjid 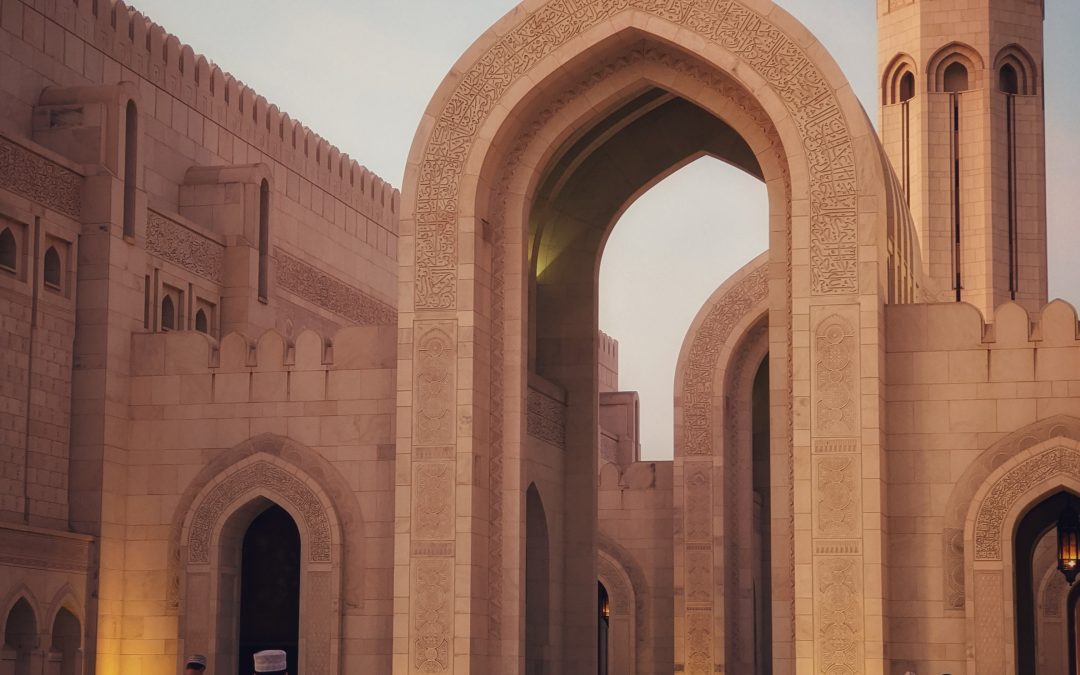 Based on a majlis by Moulana Nabi R. Mir (Abidi)

One day ʿAdīyy ibn Ḥātam aṭ-Ṭāʾīyy and Imām Ḥasan (ʿa) were going to the Masjid for prayers. When they arrived at the Masjid, they were confronted by a wealthy Syrian man named ʿAbdullāh who had the backing of the Governor of Kufa and was sent to Medina by Muʿāwiyah.

ʿAbdullāh approached the Imām and spat on the Imām’s noble face. When the people of Medina saw this blasphemous act they were enraged and in the midst of this, ibn Ḥātam aṭ-Ṭāʾīyy unsheathed his sword to defend the Imām (ʿa), but Imām Ḥasan (ʿa) immediately intervened and calmed ibn Ḥātam down and instead endured the insult with grace. The Imām (ʿa) turned away and went to wash his face.

Imām Ḥasan (ʿa) went on to perform his prayers. When the prayer finished the followers of Imām (ʿa), including ibn Ḥātam, left for their homes one after another. When Imām (ʿa) was leaving the Masjid, he saw the same Syrian man who had earlier insulted him outside the Masjid. The man was drunk and passed out  on the street. It was a cold day andʿAbdullāh seemed to be shivering from the cold. Upon seeing this, Imām (ʿa) immediately removed his cloak and covered the man so as to protect him. ʿAbdullāh  smelled strongly of alcohol and because of this the people around did not even bother to stop and help him, but Imām Ḥasan (ʿa) displayed his magnificence and asked him to stand up. Of course ʿAbdullāh was drunk and did not recognize that this was the same man whom he had insulted earlier. The Imām proceeded to take ʿAbdullāh to his home. When they arrived, ibn Ḥātam aṭ-Ṭāʾīyy narrates that the Imām (ʿa) allowed ʿAbdullāh  to sleep on his bed inside his room. Such was the kindness of Imām Ḥasan (ʿa).

The next day, ʿAbdullāh woke and gradually regained his senses; he realized what happened and understood that he was in none other than the Imām’s own home. Shame and embarrassment overwhelmed him. When the Imām (ʿa) entered the room, ʿAbdullāh  threw himself at Imām’s feet, kissed his hands, and begged for forgiveness. He exclaimed, “Allah knows whom to bestow upon the duty of becoming His messenger, whom to appoint as the Imām and as His khalīfah on Earth.” He told the Imām (ʿa) that he wishes to accept Islam once again under his guidance and requested that the Imām teach him.

After a few days, he returned to Syria where Muʿāwiyah had arranged a dinner for ʿAbdullāh and wanted to enquire about his stay in Medina and his planned confrontation with Imām Ḥasan (ʿa). To Muʿāwiyah’s surprise, ʿAbdullāh started to glorify Imām Ḥasan (ʿa) and praised him. Just as Ḥurr, in Karbala, was a Yazīdī one day and became a Ḥusaynī the next day, similarly ʿAbdullāh ad-Damishqī who was on Muʿāwiyah’s side transformed into ʿAbdullāh al-Madanī and joined Imām Ḥasan’s side a few days later. ʿAbdullāh was later martyred and this is a testimony that Allah grants His blessing to anyone that He wishes regardless of their past.

This story shines a light on the fact that we need to change the mindset that Islamic centers, where the teachings of the Ahl al-Bayt (ʿa) are propagated, are reserved only for the pious servants of Allah. As Islamic Centers and Masjids are embassies of the Ahl al-Bayt (ʿa) and we are their ambassadors, our embassies should reflect the teachings of Ahl al-Bayt (ʿa) and we should manifest their akhlāq. If we are true representatives of the message of Imām Ḥasan (ʿa) and the Ahl al-Bayt (ʿa) then we need to treat wrongdoers and sinners with genuine kindness. We should not disgrace them or treat them harshly. Instead, we should treat them with love and compassion so that they may benefit from our positive influence. One must engage in amr bil maʿrūf by establishing that we are not okay with the sin but that the individuals themselves are a creation of Allah and extend compassion and mercy towards them. Just like the Syrian man, we need to help guide people and their mindsets to turn away from sin and come to the right path with our kindness. We must still uphold the message of Allah and the Ahl al-Bayt (ʿa) and have a balance within us that we can show kindness but not accept sins. We can accept that people can change and we can be facilitators in bringing that change.

Similarly, when children make noise in Islamic Centers, many people take offense to this and may treat the children unkindly or harshly, but Islam encourages gentleness and leniency especially when guiding our children. Imām ʿAlī (ʿa) said, “verily part of worship is to talk to people in a gentle manner and to spread the greeting of peace among them” because it is , “through gentleness, goals are achieved.” If they are making noise and running here and there then let it be. There is a beautiful ḥadīth by Prophet Muḥammad (ṣ) that says, “The crying of a child for the first two months is their shahādah/testifying that there is no god but Allah (لا اله الا الله). Then for four months, it is trusting Allah. Then for six months, they send blessings upon the Prophet (ṣ) and his family (ʿa). Then, for two years they ask forgiveness for their parents (when they are crying)”

The children that are running in the masjid today, will become an integral part of it tomorrow. If we discipline them with anger and harshness, they may associate the masjid with negative treatment and may not feel welcomed to the point of not wanting to return there. Instead we should create spaces for our children to learn and engage by creating programs specifically for children while the adult programs are going on. Just as we plan and facilitate for adults, we should do that for children as well. And if we still see children running around or making noises we should tolerate the noise and be patient. We can remember that even Imām Ḥasan (ʿa) and Imam Ḥusayn (ʿa) used to climb on the back of Prophet Muḥammad (s) while he was praying.

Therefore, if we want to embody the teachings of Imām Ḥasan (ʿa), then we must do so through the beauty of our akhlāq hereby making our Islamic centers a place of hope, and spiritual awakening for everyone, especially for our children and the youth.

Imām Ḥasan (ʿa) tells ʿAdīyy ibn Ḥātam aṭ-Ṭāʾīyy, If you want to recognize our Shīʿah, don’t only look at how they pray or fast, look at their akhlāq. Let’s make our masājid, our Imambarghas, Aza-khanas, majālis, and Islamic Centers a place that is welcoming for all, as our Imāms (ʿa) have taught us. Mothers of small children often feel embarrassed their children are running around, let’s reassure them they are always welcome. Families with special needs feel ostracized, let’s be accepting and kind. Teenagers often feel judged, let us include them with open arms, regardless of their actions and attitude. Our actions as a community have a significant impact on individual members and their relationship to the masjid, let us make sure to work together and ensure each other’s experiences are positive and guiding towards Allah (swt).